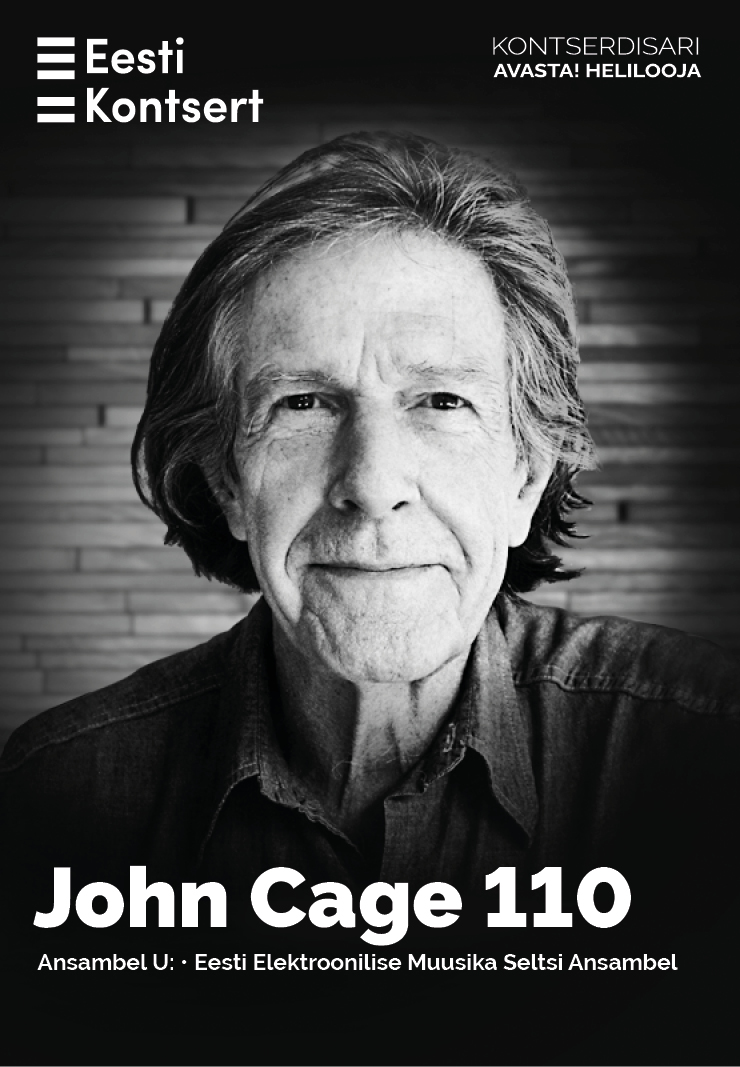 I have nothing to say
and I am saying it.
And that is poetry
as I need it.

John Cage was one of the composers of the 20th century who rocked the foundations of the musical tradition. It was Cage (born 1912) who created the first piece of musical history for a prepared piano, the first musical work using pre-recording (tape), the first happening …

Interesting trends in the development of Cage’s musical handwriting were brought by oriental culture. Under the influence of the ancient Chinese “Book of Change” or “Yijing”, even Cage´s method of composition changed.

Cage’s contribution to expanding musical boundaries was appreciated during his lifetime. He received recognition and awards and was elected honorary professor at several educational and scientific institutions. In addition to composition, composer and thinker John Cage also wrote poetry and expressed himself in the visual arts (graphics). The colorful creator was also an amateur mycologist.

In cooperation with the Estonian Contemporary Music Centre