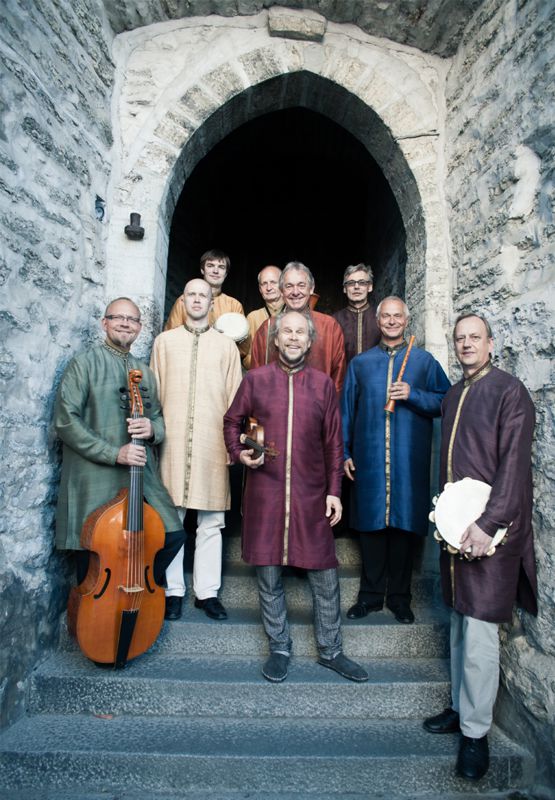 Early music consort Hortus Musicus was founded by its artistic director and conductor Andres Mustonen in 1972. Hortus Musicus is the oldest continuously working ensemble in its field in Eastern Europe and one of the few of such longevity in the world.

Hortus Musicus’ repertoire includes music from the 8th-20th century. Their programs consists of the Gregorian chant, organums, medieval liturgical dramas, hymns and motets, works of the Franco-Flemish school, the Trecento-masters of Italy, the 16th-century rigid polyphony, French chansons, Italian madrigals, frotollas and villanelles, a large amount of suites from Renaissance dances, early sonatas and secular large-scale works of baroque composers of the 17th-18th centuries and the music of 20th century composers. Many contemporary composers have written pieces for the ensemble, such as Alexander Knaifel, Arvo Pärt, Galina Grigorjeva, Lepo Sumera and others. Hortus Musicus has recorded more than 30 CD-s for Warner Classics, Melodiya, Forte, Antes and others.

Half a Century in the Garden of Paradise. Hortus Musicus 50

Half a Century in the Garden of Paradise. Hortus Musicus 50

Peeter Vähi: 2000 years after the birth of Christ