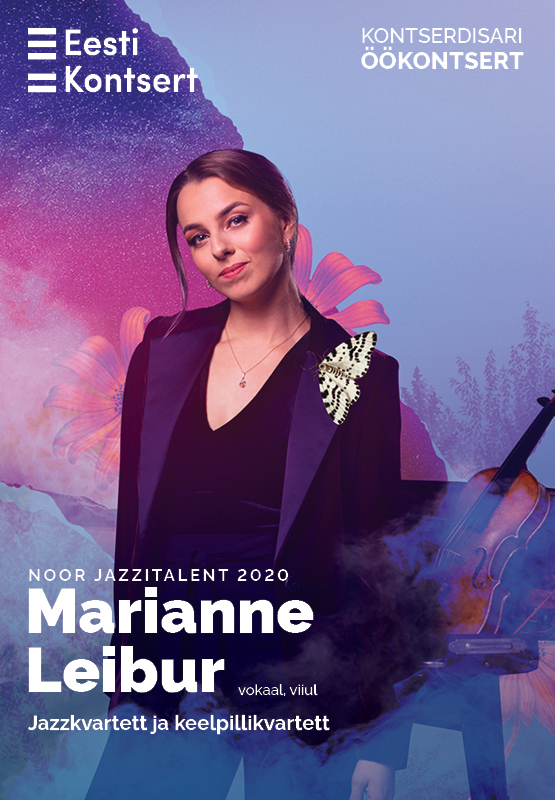 Due to the performer’s illness the concert has been postponed and will take place on March 24 at 10 pm in the Estonia Concert Hall. Tickets purchased in advance for January are valid for the concert in March. Tickets can be bought back on request until 10 February. We apologize for the inconvenience!

Young jazz talent Marianne Leibur is a singer with a velvety voice; this time, she has surrounded herself with a large ensemble of performers and good musicians. At the concert, we will hear her Estonian language songs recorded on her debut album ”Marianne Leibur & Ansambel”. For the singer, the words in her mother tongue have a stronger power and meaning, and the words are placed deeper in the heart. Hedvig Hanson has written: “Timeless string sounds are well suited with the singer’s voice; sometimes Leibur’s music even sounds too beautiful.”

Marianne Leibur has been awarded the title of a young cultural artist of the city of Tallinn, the first place in the Uno Naissoo creative competition and the Riga Jazz Stage, the Raimonds Pauls special prize, and the nomination of the Estonian Music Awards debut album of the year. The singer is currently studying at the Sibelius Academy, working as a soloist and also as a singer-violinist-composer in the ensemble “Pillikud.”