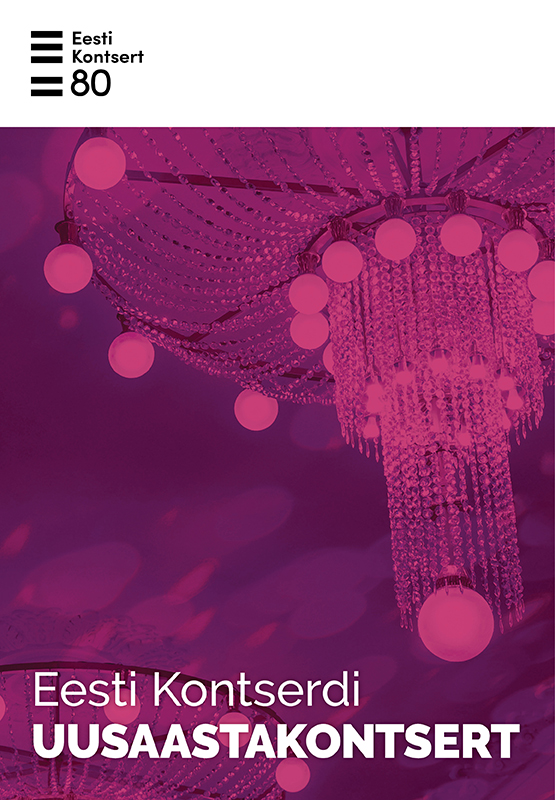 In cooperation with the Estonian National Symphony Orchestra

The concert program intertwines the masterpieces of the world’s music classics with poetry reflecting independence. Spiritual strength, risk-taking, determination, and perseverance unite those who change the world. The new year is a new beginning for all of us. Let us find our own path of independence and the courage to go!

This year, the New Year’s concert of Eesti Kontsert will be born in collaboration with two unique creators. Music and poetry will be interwined by the beloved poetess Doris Kareva and the world-famous Estonian conductor Kristjan Järvi.

Kristjan Järvi is one of the most creative and innovative conductors, program creators, and music entrepreneurs in the world of music today. He is a versatile personality who divides himself between classical conductor repertoire, directing his own orchestra Baltic Sea Philharmonic and music projects that push the boundaries.

The life of the poetess Doris Kareva is a passion for listening to the language and recognizing the spirit of the word. Estonian language, music, and poetry are natural resources from which she recommends drawing strength again and again for the sake of independence.

Maiken Pius is one of the most unique actresses of the new generation with a background as a dancer and choreographer who performs both in theater and in film.  Schmidt has played in the films “Truth and Justice” (Krõõt), “The End of the Chain,” “1944”, has staged the dance performance “Melujanu” as a choreographer, and has been one of the main characters in the City Theater productions “Three Rainy Days” and “Summer Night’s Dream.”

Duration of the concert appr 1 h 30 minutes, without intermission.