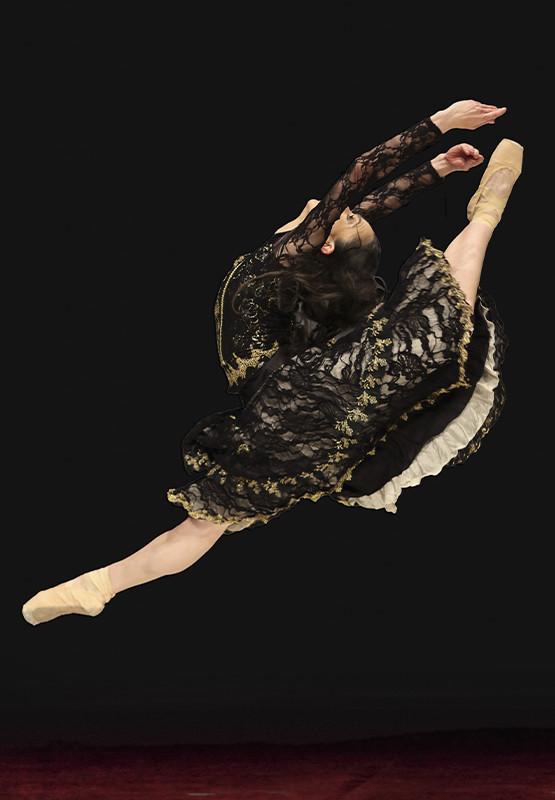 Precious in the mise-en-scène and in costumes, Carmen by Balletto di Milano confirms itself one of the most beautiful and expected productions. Carmen, beautiful and unconventional woman, passionate and desired, who challenges anyone who wants to subdue her, and Destiny, so well described by the omnipresent leitmotiv of music, are the protagonists of this exclusive version of Balletto di Milano.

A bewitching face to face in which Carmen will understand that the only way to live as she wishes is to bend to him, to the fate, and accept the impending death that has been announced by the cards. It is the confrontation / clash between the gypsy symbol of seduction and femininity and the belonging figure has control of the story from the first scene. It is in fact the Destiny that puts on the road of Carmen first Don José and then Escamillo, to reveal love, betrayal, death through the symbols of the cards, and then to arm Don Josè’s hand and, in the final, to bring Carmen with him. Don Josè, the toreador Escamillo and Micaela are the other main interpreters of this ballet of engaging choreographies: from the famous Habanera, to the passionate pas de deux, to the many ensemble dances of Gypsies, Soldiers and Cigar girls on beautiful music by Georges Bizet. Tradition and modernity also coexist in the climate of energy from the Marco Pesta’s original stage design. The production does not betray the expectations for tradition, remaining faithful to the Prosper Mérimée’s tale and the famous opera by Georges Bizet.