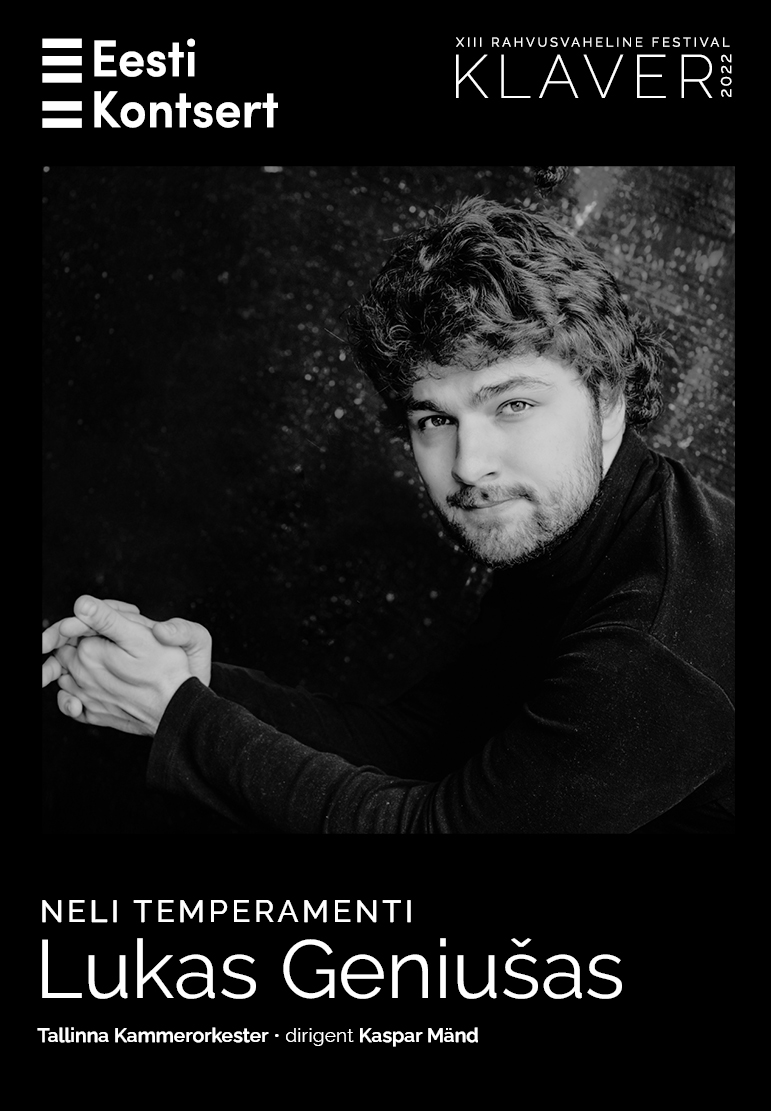 Lukas Geniušas, laureate at the 2010 Chopin Piano Competition in Warsaw and the 2015 Tchaikovsky Competition, comes from an awe-awakening line of pianists. His father is the renowned Lithuanian pianist and pedagogue Petras Geniušas, and his mother is the Russian pianist and pedagogue Ksenia Knorre. Lukas’ grandmother was Vera Gornostayeva, a legendary professor of the Moscow Conservatory who taught the Estonian pianists Ivari Ilja, Rein Mets, and Age Juurikas, amongst others.

His uniquely impressive piano background and his deeply absorbed style of play have brought him a great deal of international success in the past decade, and he regularly plays at the most highly regarded piano festivals in Europe, such as the Ruhr Piano Festival and La Roque d’Anthéron, as well as in front of many orchestras as a soloist.

He will be performing Paul Hindemith’s “The Four Temperaments”, as well as Benjamin Britten’s striking concert piece, “Young Apollo”.

Hindemith’s score was initially commissioned by the legendary dancer and stage director, George Balanchine, who staged it as a neoclassical ballet but “The Four Temperaments” is actually the most substantial and extensive piece of the entire twentieth century for the piano and a string orchestra. The concert’s opening number will consist of an emblematic piece from classical music in the United States: Samuel Barber’s sententious and cathartic Adiago. This will be followed by a hit piece by Jaan Rääts to celebrate the 90th anniversary of his birth: Concerto for Chamber Orchestra, which is an ultimate example of neo-Classicism in Estonian music.