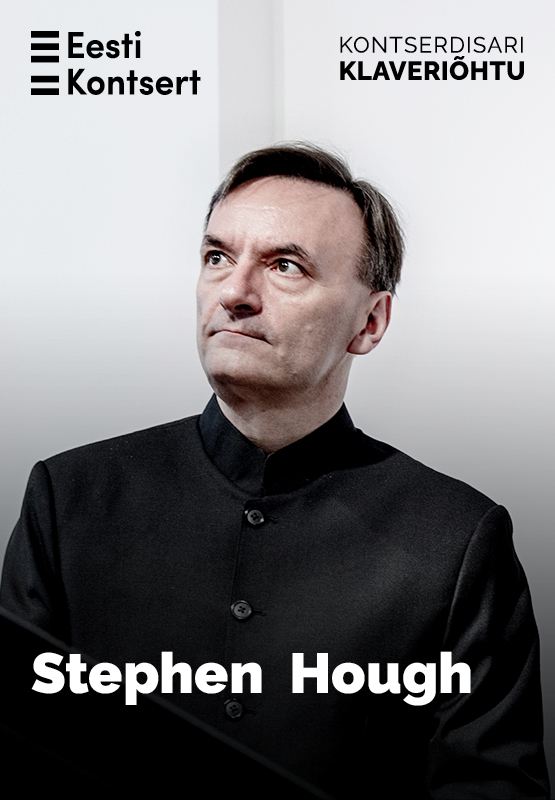 Stephen Hough – pianist, composer, piano professor, writer, journalist – is a colorful person and a great artist in the season schedule and piano series of Eesti Kontsert. His concert programs have been prepared very carefully and mostly equipped with an introduction by the pianist himself. That will be the case also in Tallinn.

“I begin the recital with music by the English composer, Alan Rawsthorne. His Bagatelles, four contrasting miniatures based on a small motivic nugget, were written in 1938 and were dedicated to my main piano teacher, Gordon Green.

Schumann’s Kreisleriana, a set of eight pieces, is one of his most characteristic works, alternating searing passion and sublime tenderness, revealing the composer’s inner world to the listener with disarming candour. It was dedicated to Chopin.

My Partita was commissioned by the Naumburg Foundation for Albert Cano Smit. Having written four sonatas for piano of a serious, intense character I wanted to write something different – something brighter, something more celebratory, more nostalgic. Written in 2019 it is in five movements. The outer, more substantial bookends have an ‘English’ flavour and suggest the world of a grand cathedral organ. The first of these alternates between ceremonial pomp and sentimental circumstance, whereas the final movement, taking thematic material from the first, is a virtuosic toccata – a sortie out of the gothic gloom into brilliant Sunday sunshine. At the centre of the work are three shorter movements each utilising the interval of a fifth: a restless, jagged of constantly shifting time signatures, and two , inspired by the Catalan composer Federico Mompou.Capriccio Cançion y Danzas

And Chopin … needs no introduction!”

In addition to his intense music life, Hough also writes regularly in the press – The Guardian, The Times, The Tablet, Gramophone, BBC Music Magazine, a blog for The Telegraph, and more.

“The most perfect pianism conceivable,” The Guardian

“A virtuoso who starts where others end,” the Washington Post