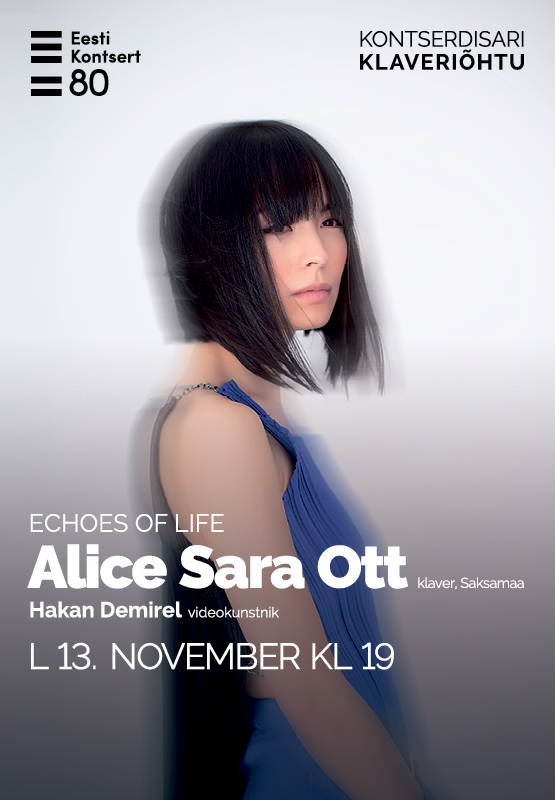 German-Japanese pianist Alice Sara Ott presents her new album “Echoes Of Life”, released by Deutsche Grammophon. The solo programme reflecting the musician’s thoughts and echoes on life, is supported with multimedia means projected on a large screen. The programme is centred on the 24 Preludes by Chopin.

Alice Sara Ott is one of most sought-after classical pianists. In the 2019/2020 season, she performed with world-leading orchestras such as the London Symphony Orchestra, the Frankfurt Radio hrSinfonieorchester, the West German Broadcasting (WDR) Symphony Orchestra and the Munich Philharmonic. Ott made her debut in front of the Berlin Philharmonic under Santtu-Matias Rouval.

Alice Sara Otts talent is not limited to the art of music interpretation, she has creative collaboration ties with several design companies and brands,  including JOST, Technics and Chaumet.