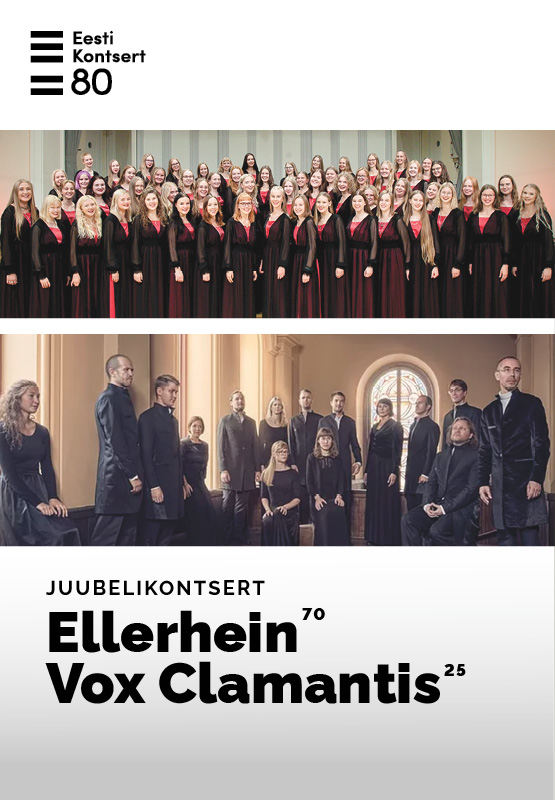 Ellerhein 70 and Vox Clamantis 25! The concert celebrates the anniversaries of important landmarks in the Estonian music landscape – the Ellerheina Choir Studio and Vox Clamantis. The joint birthday concert is connected by a multi-part new composition, created by Tõnu Kõrvits specifically for this concert, between the parts of which the choirs perform works that have been especially significant for them.

Be prepared that this time at the concert, the performers will be placed on stage, in the hall, and in the lobbies of the concert hall.